The cursive N symbol is used to represent this particular distribution, which represents a nasty looking density equation that is parameterized by:

In contrast, varying the mean actually translates (moves) the entire distribution.  Again, with the mean as the identity matrix, we have the mean at the origin, and a change to that corresponds to moving that number of units in each direction, if you can imagine sliding around the distribution in the image below: 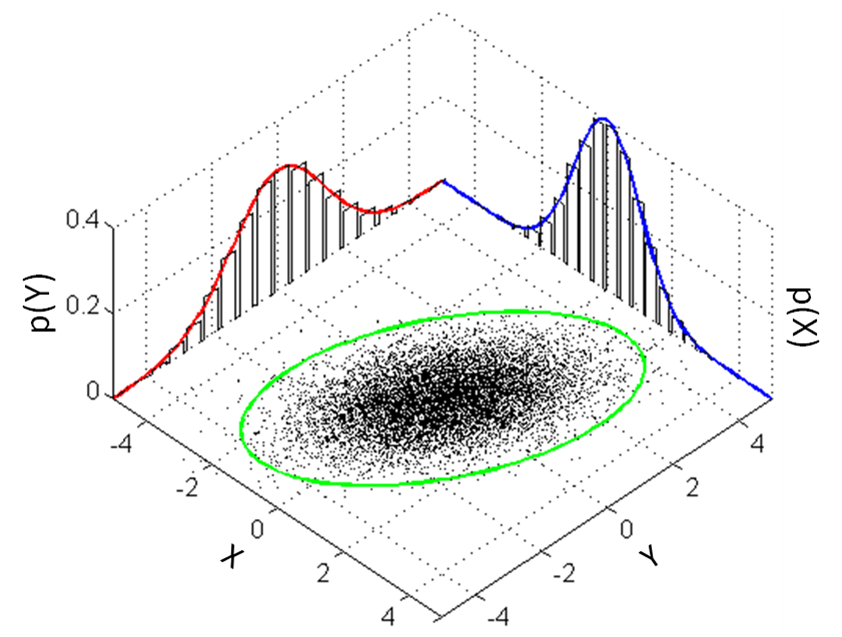 Writing Out the Distributions

Ok, brace yourself, here comes the ugly probability distributions! Keep in mind that the symbols are just numbers, please don’t be scared.  You will recognize the first as Bernoulli, and the second and third are the probability density functions for the multivariate Gaussian:

When to use GDA?