I recently submit my completed thesis (cue albatross soaring, egg hatching, sunset roaring), but along the way I wanted a simple way to turn it into a website. I did this for fun, but it proved to be useful because my advisor wanted some of the text and didn’t want to deal with LaTeX. I used Overleaf because it had a nice Stanford template, and while it still pales in comparison to the commenting functionality that Google Docs offers, it seems to be the best currently available collaborative, template-based, online LaTeX editor. If you are familiar with it, you also know that you have a few options for exporting your documents. You can of course export code (meaning .tex files for text, and .bib for something like a bibliography, and .sty for styles (and these files are zipped up), or you can have Overleaf compile it for you and download as PDF.

The task at hand is to convert something in LaTeX to HTML. If you’ve used LaTeX before, you know that there are already tools for that (hdlatex and docs). The hard part in this process was really just installing dependencies, a task that Docker is well suited for. Thus, I generated a Docker image that extracts files from the Overleaf zip, runs an hdlatex command to generate a static version of the document with appropriate links, and then you can push the static files to your Github pages, and you’re done! I have complete instructions in the README, and you can see the final generated site. It’s nothing special, basically just white bread that could use some improving upon, but it meets it’s need for now. The one tiny feature is that you can specify the Google Font that you want by changing one line in generate.sh (default is Source Serif Pro):

Note that “Source Mono” is provided as a command line argument, and nothing is specified in the current file to default to Source Serif Pro. Here is a look at the final output with Source Serif Pro: 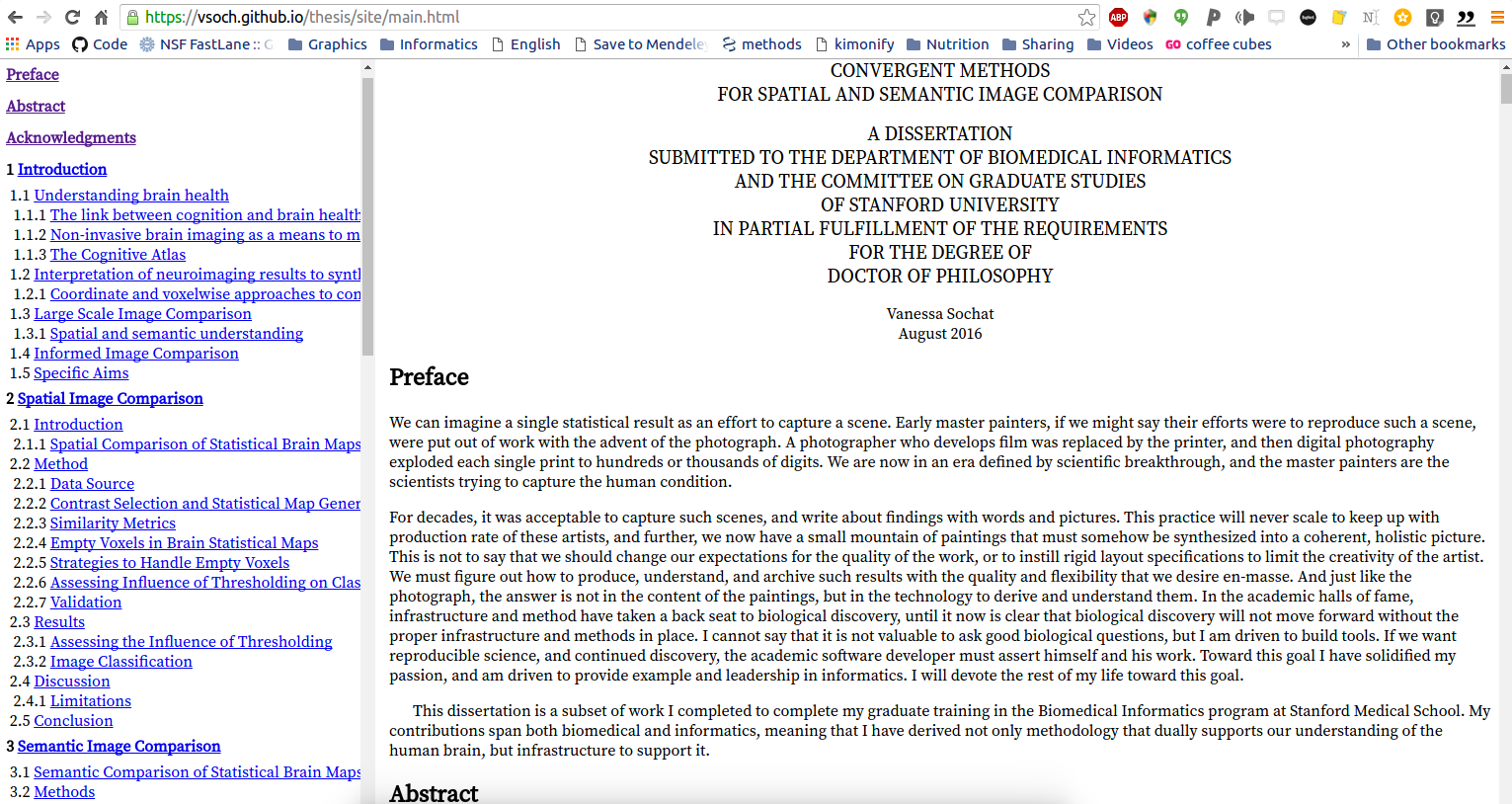 The entire thesis process wasn’t really as bad as many people make it out to be. Here are some pointers, for those in the process of or not yet started writing their theses.

A quick warning - the downloaded PDF wasn’t considered by the Stanford online Axess portal to be a “valid PDF”:

and before you lose your earlobes, know that if you open the PDF in any official Adobe Reader (I used an old version of Adobe Reader on a Windows machine) and save it again, the upload will work seamlessly! Also don’t panic when you first try to do this, period, and see this message:

As the message says, if you come back in 5-10 minutes the page will exist!