Have you ever stumbled into working on something challenging, not in a “solve this proof” sort of way, but “figure out the interaction of these systems in the context of this API and tool” and found it so intoxicatingly wonderful to work on that you can’t stop? This happened to me this previous weekend, actually starting on Friday. I was working on adding a Minio backend for storage for Singularity Registry Server because many users were, despite efforts to use the nginx-upload module, still running into issues with large uploads. I had recently noticed that the Singularity scs-library-client was pinging a “_multipoint” endpoint that my server was not prepared for, and the quick fix there was to add the endpoint and have it return 404 as a message “Sorry, we don’t support multipart uploads!” But as time passed on I wondered - why can’t I support them? This led me back to trying to integrate some kind of nginx helper to handle multipart uploads, but it proved to be too different than the Amazon Multipart Upload protocol, which was further challenging because I needed to wrap those functions in something else to generate the pre-signed urls.

Minio to the Rescue!

I remembered when I was implementing Singularity Registry Client to have s3 support I had used a storage server called Minio, and other than having an elegant bird paper clip logo

(who now is much more badass by the way) 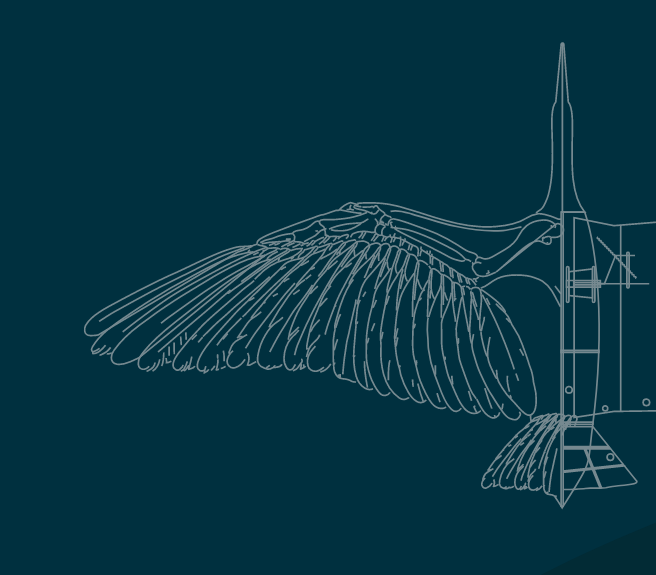 and it provided a really elegant, open source solution to host your own “S3-like” storage (this is my understanding at least).

I was very easily able to (in just an hour or two) add a Minio backend for storage, meaning that the minio Docker container was added to the “docker-compose.yml”

and notice that it binds a .minio-env file that provides the key and secret, and the images are bound to our host so if the minio container goes away we don’t lose them. The minio environment secrets are also mapped to the main uwsgi container with the Django application since we will be instantiating clients from in there.

I quickly found that docker-compose logs minio didn’t show many meaningful logs. I found it very useful to shell into the minio container, and install “mc,” which is a command line client for minio:

Verify that it was added:

And then leave this command hanging in a window to show output logs.

This is hugely important for development, you wouldn’t know what is going on with Minio otherwise.

On the backend, in the configuration for Singularity Registry Server I give the (developer) user full control over the time to allow signed URLs, using SSL, and of course the internal and external servers.

What the heck, internal and external server?

Yes! Remember that the Singularity client sees the minio container as 127.0.0.1:9000 (on localhost) but from inside the uwsgi container, we see it as minio:9000. You could adopt a solution that adds minio as a hostname to “/etc/hosts” but my preference was not to require that. For creating the clients, this was actually really quick to do!

When the server starts, we create one for each of internal and external endpoints, and also create the bucket if it doesn’t exist. This is done entirely with minio-py. And then we can use the external client to generate a presigned PUT url to return to Singularity:

and do the same thing to retrieve a pre-signed url to GET (or download) it:

I’m not showing these calls in the context of their functions - you can look at the full code in the pull request to get this. The main thing to understand is that (a very basic flow) for the legacy upload endpoint is:

And now with Minio, we’ve greatly improved this workflow by adding an extra layer of having signed URLs, and having the uploads and GETs go directly to the minio container. Before we were using the nginx upload module to upload directly via nginx, and then have a callback that then pings the uwsgi container to validate the upload and finish things up. We now have a huge improvement, I think, because the main uwsgi django server isn’t taking the brunt of load to upload and download containers, and validation happens before any files are transferred. A cluster could much more easily deploy some kind of (separate) and scaled Minio cluster and then still use Singularity Registry Server. I haven’t done this yet, but I suspect that we are allowing for better scaling, hooray!

On the user filesystem, if we bind the minio data folder (which by the way can be more than one) we can see the images that we pushed

The above was quick, but it didn’t add multipart uploads. Hey, it was only Friday afternoon! This is where it got fun and challenging, and took me most of Saturday, all of Sunday, and half of Monday. A multipart upload would look something like this:

Singularity first looks for the _multipart endpoint, specifically making a POST to a URL matching the pattern “^v2/imagefile/(?P

That might look trivial or straight forward in practice, but it was tricky figuring out that I needed to provide a custom configuration to the clients, specify the signature version to match minio, and also use “path” (actually I think it might have worked without this, but I didn’t remove it). I am sure, however, that “addressing_style” as “virtual” didn’t work, and “auto” I’m not sure if it would have defaulted to path. Once we have these clients, in our view to start the upload, we can generate the request!

All we really need from there is the uploadID, which we then return to the calling Singularity client that is looking for the uploadID, total parts, and size for each part.

Singularity then gets a 200 response with this data, and hooray! This means that the server supports multipart upload, continue!”

After the 200 response, Singularity dutifully iterates through chunks of the file, and for each part uses the multipart upload part function to calculate a sha256 sum, and send the part number, part size, sha256sum, and upload id back to Singularity Registry Server. It’s actually the same endpoint as before (ending in _multipart) but this time with a PUT request. The reason is because Singularity is saying “Hey, here is information about the part, can you give me a signed URL?” And this is where things got tricky. I first tried generating a signed URL with the same s3 client as I was supposed to do:

And that approach, along with maybe 15-20 derivations and tweaks of it, always resulted in a Signature mismatch error message:

Oh no!! You can imagine I dove into figuring out if the signature algorithm was correct, if the client was okay, and what headers to use. Early on I figured out that Minio uses a s3v4 signature, for which the host is included, so this was huge reason that the external client needed to generate the signed urls and not the internal ones. You can see my post from the end of the Sunday that links to only some of the resources that I was using to try and debug.

In the above, the url consisted of the minio (external) base, followed by the path in storage, something like:

The credential I provided from the minioExternalClient to be absolutely sure it was the same; specifying the region is hugely important because in previous attempts leaving it out led to another error, and then of course the expires should be in seconds (and it appears that the function defaults to using a string). For response headers, this is where I included “uploadID” and “partNumber” that are needed. You’ll also notice that in the example above, I tried adding the “X-Amz-Content-Sha256” header that was provided by the client (it still didn’t work). Actually, all of my derivations of this call (adding or removing headers, tweaking the signature) didn’t work. I didn’t save a record of absolutely everything that I tried, but I can guarantee you that it was most of Sunday and a good chunk of Monday. I spent a lot of time reading every post or GitHub issue on either minio, S3, or Multipart uploads, and posted on several slacks which turned out to be wonderful rubber duck equivalents!

I decided to look more closely at the parse_v4 function. I noticed something interesting - that by default, it created an internal variable called content_hash_hex that by default was using a sha256sum for an empty payload. This seemed off to me, and especially because Singularity was going out of it’s way to provide the sha256sum for each part. What if I added it there? I wrote almost an equivalent function, but this time exposed that sha256sum as an input variable:

And then returned this signed URL

And in a beautiful stream of data, all of a sudden all of the Multipart requests were going through! This image shows the uwsgi logs for my server (left) and the minio logs generated by the mc command line client (right).

This was a great moment, because when you’ve tried getting something to work for days, and have had infinite patience and attention to detali, when it works you almost fly out of your shoes and take a trip around your apartment building.

The last step was just completing the multipart upload, which is done with another scs-library-client view that provides an uploadID and list of parts, each part providing a partNumber and token, but the token is actually referring to what is called an “ETag.” The server can receive this request, parse these from the body, and then use the internal s3 client to finish the request.

The above has a lot of pseudo code, but generally you can see that we use the s3 client we created (the internal one) to issue a “complete_multipart_upload” with the provided list of parts. We then have the containers in our collection:

and these can be viewed in the Minio browser, which was shown at the top of this post.

I’m not sure if the pull request will be accepted, but I did open one to expose the variable to the presign_v4 function so if others run into my issue, they don’t need to rewrite the function. And the integration is not complete! If you want to test the current pull request, you can find everything that you need here. Note that we will need to test both setting up SSL (meaning generating certificates for Minio, something I’ll need help with since I don’t have a need to deploy a Registry myself) and also customizing the various environment variables for Minio and the container. I’ve done the bulk of hard work here I think, and hopefully interested users can help me to test and finish up the final documentation that is needed to properly deploy a registry. You can reference this README for documentation that will be rendered into the web server and storage pages.

And that’s it! What a fun few days. I hope that users of Singularity Registry Server can help to test out the endpoints, and adding support for SSL. Happy Monday everyone!