I’m hoping to eventually help out on projects that are working with Kubernetes, and I don’t mean writing yaml configs for apps (I’ve done this a few times before), but rather developing for Kubernetes. This is something that before last weekend, I had never done. But I love Go, and I was excited, so I dived in! This post will detail how I went about creating my first Kubernetes operator - the lolcow operator, which was a challenge presented to me by my long time friend and colleague Eduardo. I got it done in a little over a week, and that includes not actually working on it during the workweek, but the two weekends around it, so I’m pretty pleased. I also want to say thank you to @mogsie in the Kubernetes slack #kubebuilder channel for some of his good practices wisdom. There is a lot to learn in this space, and wisdom from those that are experienced is invaluable. Don’t care to read? Browse the ⭐️ lolcow-operator ⭐️ at the state when I wrote this article.

If you are a developer and just want to try things out, here is a quick summary of how to do that. The complete instructions are in README and I’ll abbreviate here. If you haven’t ever installed minikube, you can follow the install instructions here.

I’ve been told that kind is a better tool to use, so I’ll try this next time. At this point we can apply a our lolcow config that has information about the greeting to show, and the port.

And finally we can run it!

And you should be able to open the web-ui (when kubectl get svc shows the lolcow service is “ready” and not “pending”). 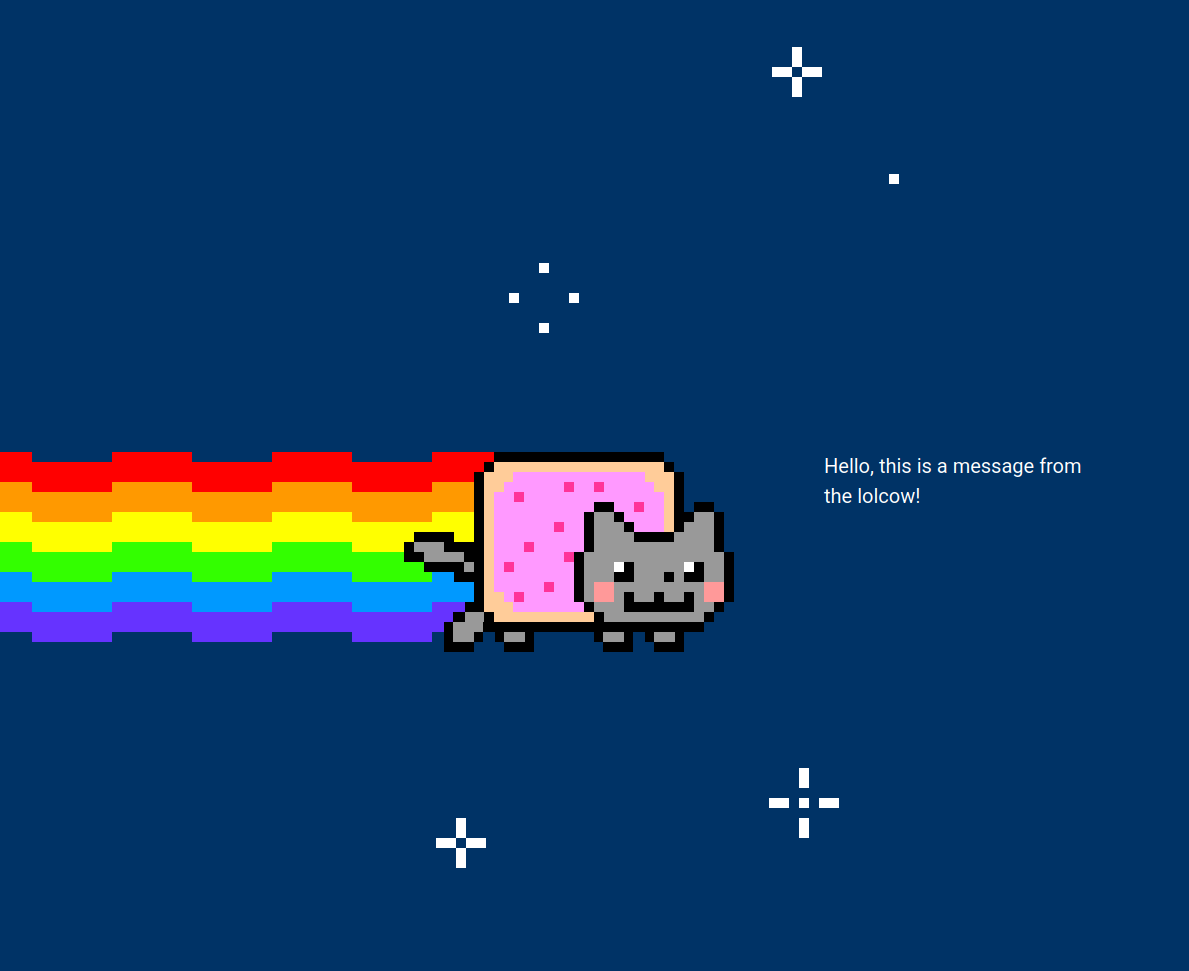 At this point you might say, “Wait, that’s not the lolcow, that’s the Nyan cat!” and you are right. 🎨️ Thank you 🎨️ and shout out to eusonic for the css that drives this UI! I was able to take it and modify it into a containerized Flask application (with added text that can dynamically change). And it’s actually a container you can run isolated from this application, e.g.,:

You can see the container (an automated build from the repository) on GitHub packages. And a challenge for new folks! When you run the operator, try getting the name of the pod and seeing if you can figure out how to see logs and then see this same entrypoint (with your message).

We are good so far that the operator has created the deployment and service, and we can see it in our browser. If you look at the operator logs, you’ll also see that it is giving you detail about state (with emojis, because I added emojis to code and I’m a monster 🤣️). If you were to Control+C and restart the controller, you’d see the greeting hasn’t changed:

I made this change while it’s running (in a separate terminal) and then re-applied the config:

The change might be quick, but if you scroll up you should see:

and the interface should change too! 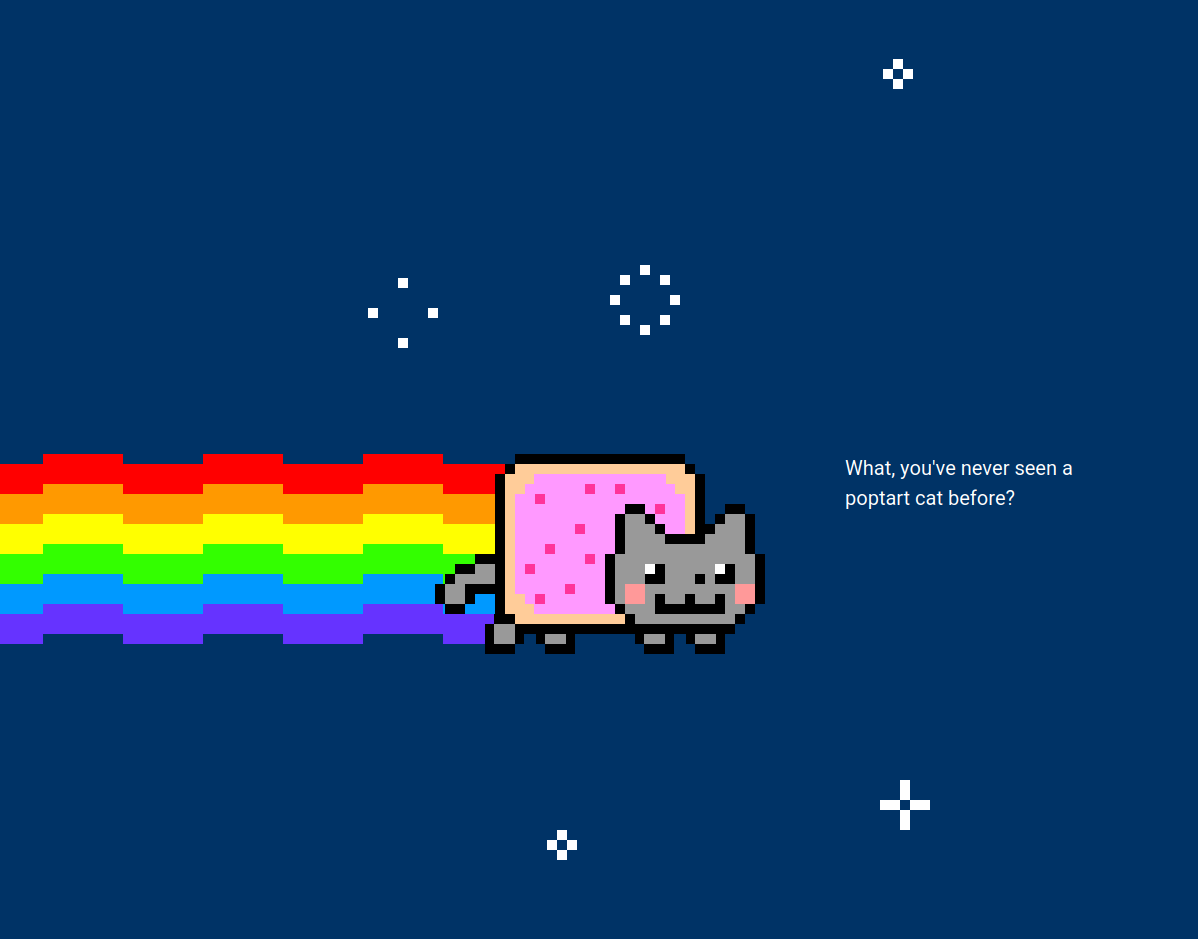 And then we can do the same to change the port - first seeing that (without changes) updating the config reflects this state:

And now to change it - let’s try one number higher:

And then apply the config.

Refreshing the current browser should 404, and you should be able to tweak the port number in your browser and see the user interface again! Yay, it works! I can’t tell you how happy I was when this finally worked, there were many bugs that I had to work through that I’ll discuss shortly.

When cleaning up, you can control+C to kill the operator from running, and then:

And that’s it! You can also delete your minikube cluster if you like.

So I’m not an expert, but I can talk generally about what the operator is doing. First, I think it’s called an operator in reference to a human operator. Before we had operators, it was up to humans to deploy things and then manage state changes. From the RedHat site:

A Kubernetes operator is an application-specific controller that extends the functionality of the Kubernetes API to create, configure, and manage instances of complex applications on behalf of a Kubernetes user.

So given that you have some set of pods / services / deployments (anything Kubernetes related?) that you want to manage, I imagine an operator being like a continuous loop that is constantly checking the current state, comparing it to some desired state, and then adjusting as needed. The extra config file that we created is called a custom resource (CR) that helps the user (me or you!) to manage that state. In our case, we cared about the lolcow greeting, and the port it’s deployed on, and I explicitly chose these two things to have a variable to watch and update for each of the deployment and service.

If I understand correctly, operators help in the case when an application has a state. A stateless app (in a container) doesn’t need any kind of special management, because you can just deploy it and re-create it. But something like a database couldn’t just be recreated (without messing something up). Since we are always moving toward a desired state, this is why the main function of a controller is called “Reconcile,” which is another term to describe that. Finally, this article offers a nice definition of operators and controllers. TLDR: an operator is a kind of controller, but not necessarily vice versa. A cool place to browse (to get a sense of different kinds of operators) is the Operator Hub.

You can read my entire development process (starting from zero to this application) in the README, and here I briefly want to share some design decisions that I started to make. I suspect this set will change as I learn more.

The original template had just one API, and organized by versions. I anticipate that if an application wants to have more than one named API, it makes sense to introduce another level of organization there, so that’s what I did.

I realized that if we want more than one controller (likely), we should have subdirectories in controllers too. I mirrored the kueue design and made one called “core.”

By default, we didn’t have any packages. But what if the API needs some custom (and shared) logic? I was thinking that there are probably two cases here - importing the guts of the thing that you want to control, or defining it here. For the latter, I decided to try creating a pkg directory.

For my lolcow operator, this is overkill. But if different versions of an API might want to use shared code, this would be helpful. And indeed there could be other reasons to have nicely organized packages. I also noticed that some operators (like kueue put a lot of the controller logic under the pkg directory. I think this is something that could be done if there is a lot of additional code to add to the operator, and the top level gets crowded. However, given that many people are using this common SDK to generate the template, I decided to leave as is, so it would be more easily recognized (and thus easier to develop).

In most examples using an API, the names were like mydomainv1alpha1 to reference the API package, and I suspect this is done to maintain some sense of namespacing the APIs. Maybe it could even be that more than one version is used per application? Since my application is just using one and isn’t expected to be extended or changed, I opted for something simple like api.

So what prevented me from finishing this entirely the first weekend? The bugs, of course! 🐛️ I’ll review them here briefly, in case anyone else runs into them. I suspect they will, because when you haven’t done this before there is really no way to know these things unless you stumble on it, add the right thing by accident, or (what I don’t do) read an entire book before writing a line of code.

For the longest time, the original service and deployment would start (because they were not found) but they would continue to be not found and sort of spiral into a chain of error messages. This took me many evenings to figure out, but it comes down to these (sort of hidden) lines at the top of the controllers file:

I honestly didn’t even notice they were there at first. The template only had the first three (for lolcows) and I needed to add the last three, giving my controller permission (RBAC refers to a set of rules that represent a set of permissions) to interact with services and deployments. I think what was happening before is that my controller couldn’t see them, period, so of course the Get always failed. I found this page and this page useful for learning about this. Another important note (that I didn’t do here) is that you can namespace these, which I suspect is best practice but I didn’t do for this little demo. The other bit that seemed important was to say that my controller owned services and deployments:

Another level of detail that I didn’t get into was Events, which I suspect gives you better control (and could also be a source of error if you aren’t watching the right ones). I didn’t get a chance to play around with different derivations of the above yet, because as soon as the above worked I was 😁️.

For some reason, at one point I switched my name from ‘lolcow-sample’ to ‘lolcow-pod’, and although I thought I cleaned everything up, whenever I’d create the cluster again it would show me two pods made, one lolcow-pod and one lolcow-sample. I had to try resetting and “starting fresh” multiple times (e.g., deleting stuff in bin and reinstalling everything) until kubectl get pod didn’t show the older and new name. If you run into errors about not finding a service, it could be that somewhere the older name is still being created or referenced, so it’s a good sanity check to do.

What a fun time working on this! Despite the complexity, because I love Go so much, it was truly a pleasure to debug. What I learned most from this experience is that details are really important. The smallest detail about a permission/scope, or how you configure your operator can mean it won’t work as you expect, and it takes a lot of careful testing to even get it working.

Now some caveats - this is my first time doing any kind of development for Kubernetes, and this is a very basic intro that doesn’t necessarily reflect best practices. For example, I’m just using the default namespace, and I’m aware that for a more realistic setup we’d want to be using more controlled namespaces. But I think this is a good start? When I’m newly learning something, my main goal is to get it to work (period!) and then to slowly learn better practices over time (and use them as a standard). I suspect future me will look at this and wonder what I was thinking? Anyway, I hope this has been useful to you!

« Tunel: Apps for HPC The Love of the Dinosaur »