I recently had an itch to scratch - and that itch was writing a library in Go. We don’t use Go much for my work, so I figured out a compelling reason to start a new personal project - a command line tool written in Go (and matching GitHub action) to help keep things up to date in a repository. Appropriately, I called it uptodate! It was hugely inspired from the binoc (short for “binoculars”) library that can also perform specific kinds of updates, but I wanted more of a focus on Docker, and to have total control so I could go wild and crazy with writing Go code without worrying about forcing it on the owner, alecbcs, to merge my wild ideas. 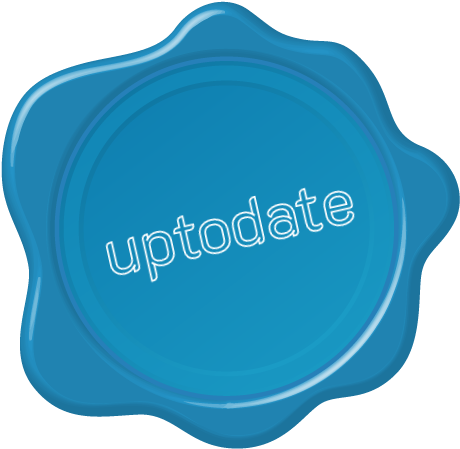 Uptodate is a command line tool in Go and GitHub action that makes it easy to:

With all of the above, you can imagine a workflow that first updates Dockerfile FROM statements and build args, and then re-builds and deploys these containers - the assumption being that the underlying dependency such as a GitHub commit or spack version has an update. Uptodate also will take a nested structure that I call a docker “build hierarchy” and add new folders and Dockerfile when a new tag is detected. A kind of updater in uptodate is naturally called an “updater” and this means for the docker build and docker hierarchy updaters, we can write a yaml configuration file with our preferences for versions to be added, and other metadata. You should check out the user guide for detailed usage, or read about the GitHub action

I’ll give a brief overview of a few of the commands and then a quick example GitHub workflow, and I’ll recommend that you read the documentation for the latest updates on uptodate, harharhar. The examples below assumed that you’ve installed uptodate and have the binary “uptodate” in your path.

If you have one or more Dockerfile in your repository you can run uptodate to update digests. For example:

will find Dockerfile in the present working directory and subfolders and update. For digests, you might see that:

Note in the above we still have the digest and the tag, so subsequent updates can further update the sha by looking up the container based on the tag. And we can also update build arguments that match a particular format! This one, specifically:

The above flags the build argument for uptodate to look at using the prefix of the library name, and then the next string after the underscore is the kind of update, followed by specific metadata for that updater, and of course the value! A few examples are provided below.

Spack is a package manager intended for HPC, and it’s huge at the lab where I work. So naturally, it made sense for uptodate to be able to look up the latest spack versions for some package. To create an argument that matched to a spack package (and its version) you might see:

After the updater runs, if it finds a new version 6.5.12, the line will read:

This works by using the static API that is deployed alongside the Spack Packages repository that I designed earlier this year. So the updater will get the latest versions as known within the last 24 hours.

If we want an updated version from a GitHub release (let’s say the spack software itself) we might see this:

The above will look for new releases from spack on GitHub and update as follows:

Similarity, if we want more “bleeding edge” changes we can ask for a commit from a specific branch, following this pattern:

Here is an example of asking for updates for the develop branch.

which wouldn’t care about the first “commit” NA as it would update to:

And then to use it in your Dockerfile, you might pop into an environment variable:

See the docs for more detailed usage and an example for the Dockerfile updater.

The second updater that I think is pretty useful is the Docker build updater. This updated will read a config file, an uptodate.yaml, and then follow instructions for version regular expressoins and different kinds of builds args to generate a matrix of builds (intended for GitHub actions). For example, let’s say that we start with this configuration file:

You’ll see the primary section of interest is under “dockerbuild” and under this we have three build args for a manually defined set of versions, a version from a spack package, and a container. You could run this in a repository root to look for these config files (and a Dockerfile that they render with in the same directory or below it) to generate a build matrix.

Or to only include changed uptodate.yaml files:

If you provide a registry URI that the containers build to, we can actually check these containers to look at current build args (that are saved as labels and then viewable in the image config by uptodate) to determine if an update is needed.

the container. I think this is one of the neatest features - it was just added in evenings this last week! Check out an example image config that has these labels! This registry URI will also be included in the output to make it easy to build In a GitHub action, it might be used like this:

Of course you’d want to login to a registry, and then also possibly calculate metrics for the container, so consider this a very simple example. The build matrix that is being passed between those steps has entries like this:

I also like this updater because it easily generates for you a matrix of files that are changed, according to git. Running locally it looks like this:

And would generate a matrix for a GitHub action too:

And of course you can change the default “main” to another branch:

and that also pipes into a GitHub action. I don’t want to redundantly reproduce the docs, so if you are interested you can read more at the user guide or GitHub action pages. Mind you that the library is heavily under develop, so if you have a request for a new updater or want to report a a bug, please let me know!.

I have loved working on this library. I think it’s the first library in Go where I’ve been proficient enough to not look everything up that I need - the code has just flowed from my fingers! Mind you I’m still figuring out my own design preferences, and I’m at the stage where I’ll write a new functionality, and then immediately not like my design, and want to re-write it. But I think that means I’ll eventually get better. But it’s always good to have one or more projects you are passionate about, because I don’t personally see a point in being a software engineer if I don’t (yes, I know it makes a salary, but I require more than that).