To follow up on my original post about a basic static container registry, I’ve created another model that might be more of interest to groups that don’t want to build, test, and deploy all in one place. The organizational registry! It looks exactly the same: 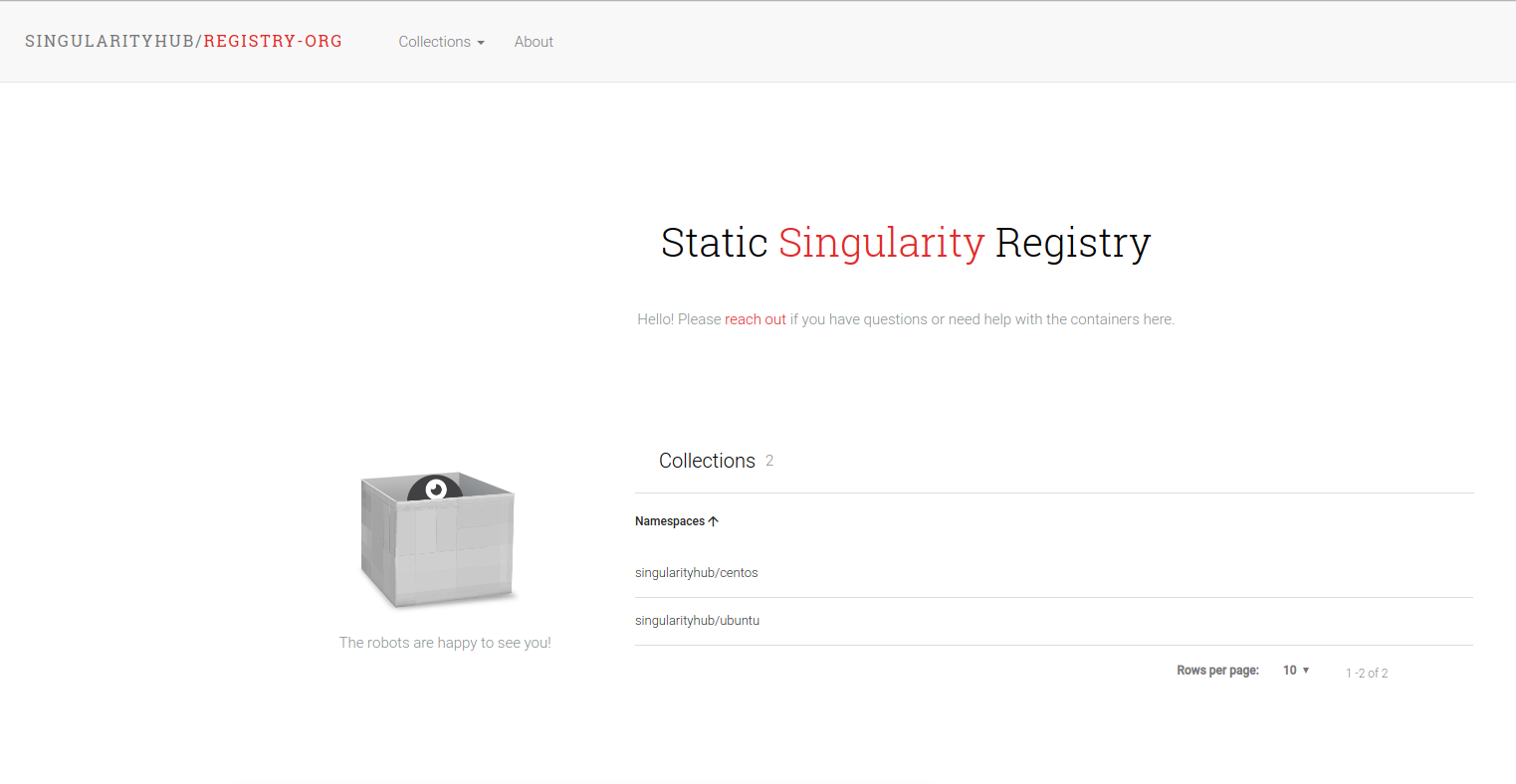 but is serving containers from separate repositories from where the registry is hosted! Here is a modified workflow:

There are many benefits to the above! For example, the above model affords more specific permissions with respect to who manages individual containers. The above also affords many different methods of builders! You can have one container builder use a remote build service, and send containers to Google Storage, and perhaps another builds and uses storage via Amazon Web Services. The above is a more modular workflow that doesn’t place the burden of building on one single repository.

We can summarize the org registry as a modified basic registry that itself doesn’t do any building. It’s a silly GitHub repository that only knows how to deploy it’s content to GitHub pages, and it relies on pull requests to it in order to update that content.

If you want details for how to set this up, I’ve updated the documentation here. It comes down to forking the repository, and then generating repositories for your containers that have a continuous integration setup akin to singularityhub/centos. Specifically:

How Does the namespace Work?

How do I create a tag?

The registry would then do any testing desired to ensure that the objects exist, content types are valid, etc. I’ll add this testing when I have a more solid example with several build options. I’m optimistic that with remote build services and completely GitHub actions driven workflows, we won’t even need to think about the complexity of communication between different continuous integration services. More to come!